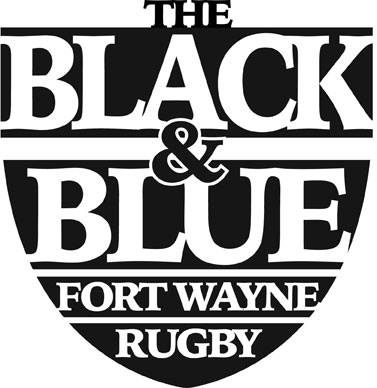 Origin through the '70s (as told by Todd Davis, founder)

FEBRUARY 1969 and with the first snowmelt day came that urge to get outside and kick a ball around on the frozen grass. Being back in Fort Wayne after military service was freedom to start a future, but something was missing. This game of rugby that I had first learned in the Fall of 1964 at Indiana University, later played in Norfolk and just months before in Washington, D.C., certainly was nowhere to be found around here. But hey, maybe it could be.

There were only two clubs in the state of Indiana, I.U. in Bloomington and at Notre Dame. So, to find a game there was only one thing to do:  put together a Fort Wayne Rugby Football Club.

From Bimbo's on the Landing came the first-ever recruit for the Club. In his Blatz beer work uniform and throwing peanuts into the tuba of a raucous oompah band, Mark "Bo" "Rocky" Petit, without even a slight hesitation, announced that whatever game it was, he would play. Others were found at Komet hockey games, basketball games, IPFW, Indiana Tech, and pubs around the city. Diamond Jim Brady at WOWO (Jim Ellenwood, who also came out to play) publicized our call-out and with Journal-Gazette newspaper attention three gents who actually knew what rugby was and had played... turned up. Big Ed Diller, ex Princeton University player, Howard Holley of South Africa via International College, and Lincoln Life's J.P. Maldonado from Argentina could teach our ex-footballers rugby fundamentals.

We held a meeting at the Big Wheel (now Columbia Street West). Heeding the call were the athletes you see in the first team photo. Blue jerseys/white collar were ordered with a letter of one's choice sewn on the back instead of a number. B-Z-X-S-J whatever (whatup wit dat?). The Old House name was first used due to a promise by that pub owner to sponsor us. That never materialized.

The first crunches were heard on the By-Pass in what was later left field of Wizard's Memorial Stadium. After a half-dozen practices we set off for the first game in Lasalle-Peru, IL, vs. the Illinois Valley Rugby Club. We gave nearly as good as we got and lost a close game, but upon returning home our enthusiasm for more was building, and we sought out more players.

Someone at a meeting suggested that Linda and I should get married at halftime on the field.  Maybe it was not the knelt-down proposal she expected, but we said...uhhh, OK. Opponent Northern Illinois Univ. cancelled Thursday night. Scrambling frantically, we located Lincoln Park RFC in Chicago in need of a game. They came with 12, picked up a hitch-hiker (who played!), borrowed two from us and both game and wedding were a success for all who participated that May 17, 1969, in Shoaf Park. A silent VHS tape of the festivities exists, but the WANE-TV live film (at 5:00 & 11:00) is long lost.

Season after season began to unfold. Franke Park rugby field hosted many of the games and the Three Rivers Festival Rugby Tournaments. Since 1971, Three Rivers Tournament has become the longest continuously held annual rugby tournament in the United States. Some festive third-halves were hosted by Wanda at The Maples Inn way out southeast somewhere.

The mid-1970s were known as the infamous CLUBHOUSE YEARS, but you'd have to ask an Old Boy about any of that. O'Sullivan's Pub became and remains a social gathering place. Each winter since 1979 the annual Leather Ball dresses up the ruffians for reflections, awards, and toasts to friendships old and new, and one weekend every winter the action starved players rally in the snow to pummel each other for an hour or more.

The proudest moment in Fort Wayne rugby history came in 1979 when team member Jessie Lopez was chosen to play in international competition for the USA Eagles, America's national team! He played in the first-ever U.S. international match victory by the national team in 1979 (not counting the once-only 1924 Olympic games) and later toured England and South Africa playing for the Eagles.

Players have bowed out of active status due to relocation, injury or retirement, and new blood recruits re-nourished the roster. Alums have often returned for a run in an Old Boys game to facilitate remembering why they enjoyed rugby so much, but found pain lasting longer than they remembered.